The rest of the Story


I was born and raised on a farm southwest of Calgary, Alberta. By the time I was 12, my father had suffered 3 heart attacks. He was unable to do most daily chores without assistance, so at a very young age I learned how to operate farm machinery and discovered the value of a hard day’s work. Immediately following high school graduation, I gained employment with a pipeline company as a heavy equipment operator and quickly earned my place among these high-spirited, nonconforming, hard-working men. Over the next few years, I learned a few things about life and about myself; I didn’t like slackers and I wanted to be in control of my own destiny.

In 1980, I earned an associate degree in Aircraft Maintenance Engineering and began a career working on aircraft. Due to a downturn in the economy, I was laid off in 1982 and the door to the transportation industry opened. It was 1984 when I purchased a semi-truck and began my 1st business venture as an owner/operator. I traveled extensively between the U.S. and Canada and it was in Missoula, Montana that I met my wife Rebecca. We married in the fall of 1989 and I came off the road and worked in operations, management and sales.

In 2000, a friend and I took our first trip to Knight Inlet – on a guided fishing adventure. Not only did I hook some big salmon, but I was hooked! Subsequent trips to the area only drew me further into the pristine beauty of the inlet. I looked forward to trips every year thereafter. Rebecca and I loved our life in Missoula however in 2001, my employment with a trailer manufacturing company took us to Spokane, Washington. Remember, I wanted to be in control of my own future, and I knew, from my years of owning my own trucking business, that I would never achieve my dream if I worked to build someone else’s dream. I remember I felt like a rat in a maze; I tried to achieve my goals, but someone higher up always moved the walls.

During one of those fishing trips to Knight Inlet, my friend and I came upon a dilapidated floating structure that had once been a kind of do-it-yourself fishing operation that had closed its doors and had been vacant for several years. This was my “diamond in the rough.” It needed work but with a little determination, a lot of elbow grease and an understanding wife, I could turn this into my own slice of heaven and a operate a fishing lodge.

With much negotiation for the purchase of this, “seen better-days structure,” and some deep discussions with my wife, we purchased the lodge in November of 2009. We cashed out all our retirement funds and sunk our money into a speculative dream. Some people laughed and placed bets on just how long before this floating dream would sink. But we persevered.

I had no idea how to bring this dream to fruition. We needed money in Spokane to live on – I had a mortgage and the normal obligations to deal with and I needed to invest my time in my newly acquired business. So, I did the unthinkable and the unexpected. In the spring of 2010, I called Rebecca and said, “Today is the day!” She said, “Seriously…I’m okay with that.” I gave my notice and terminated my employment. We jumped into the deep end and set our sights on our goal – to open for the 2011 season. Did I ever mention that Rebecca fears water and boating? 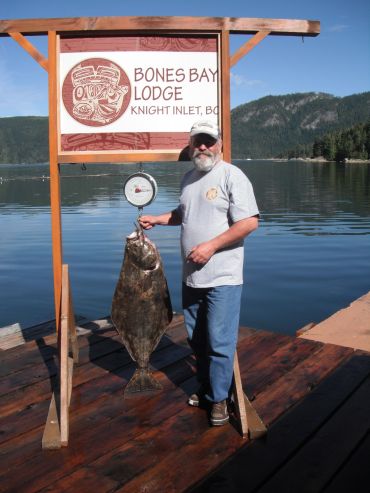 My newly acquired float lodge was not quite my vision of a successful fishing lodge, but I had never backed down from challenge or hard work. I spent the 2010 summer and fall remodeling and renovating. I was a one-man show. I sharpened my carpenter skills, electrical skills, plumbing skills and learned to captain my own fishing boat. Back in Spokane, Rebecca designed and created our website, set up our record keeping and our booking chart. As a result of our efforts, we opened “Bones Bay Lodge,” in June of 2011, with 1 boat and limited clientele. Ever heard “build it and they will come?”

The drive back to Spokane in the fall of 2010, was difficult. The lodge was only 70% renovated, we had no money left in the bank and no job. I needed employment so, on a whim, I called the owner of a truck sales company and after a few meetings, I convinced the owner to hire me. We agreed on an arrangement so I could continue to operate Bones Bay Lodge in the summer months – talk about burning the candle at both ends!

The next several years were anything but easy. We saw no profits and were barely able to pay staff and keep up on the maintenance. Being apart from Rebecca really was tough. I knew the sacrifices we would have to make in order to build the business, but Rebecca underestimated the necessary time I would spend at the lodge. Plus, we had virtually no cell phone service at the lodge so calls to Rebecca were few and far between. She also faced some difficult health challenges and I simply wasn’t there to support her. It’s no wonder her vision for my dream diminished.

While fishing the waters of the inlet, I always saw nature’s beauty and abundant wildlife. In 2012, we decided to transition our lodge to a wildlife eco-tour lodge. By 2014 the conversion was in place. Our endeavors paid off as we were recognized in 2015 by Destination Canada as a Signature Experience resort. In January 2015, I quit my job and I and a longtime friend started a new business in Spokane. By the fall, I knew I needed help – either sell one of my businesses and/or bring on a partner for Bones Bay Lodge.

A trusted travel agent suggested I give Tim and Kelli McGrady a call. They had managed several lodges in the area and were well-versed and respected in the tourism industry. They, too, didn’t like slackers and wanted to control their own destiny so it was natural to join forces. Tim was very well educated, a hard worker and had the skill set to manage the day-to-day operations plus the desire to rapidly grow this opportunity. Kelli was a magician in all aspects of managing the office, bookings and invoicing so, IN MY MIND, it was a perfect match.

In the months following our partnership agreement, we began our search for a property that would allow expansion. In July of 2016, we purchased Farewell Harbour Lodge. We amalgamated Bones Bay Lodge and Farewell Harbour Lodge and officially opened in June of 2017. Little did we know the Brockway/McGrady partnership would become so harmonious. Tim and I were supportive of one another from the very beginning and eventually I won Kelli over. She learned to trust me; this gun-toting, tattooed, no bull kind of guy was soon even allowed around her children. I have so much respect for my partners. We have become family.

Oh, I didn’t mention that I opened a secondary business in Spokane – also in 2017. I have determined that when my plate is full, I just get a bigger plate! 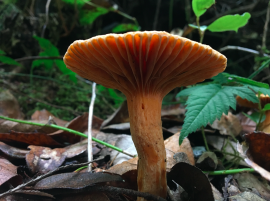 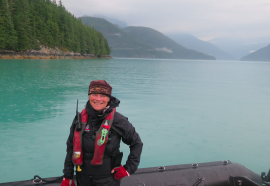 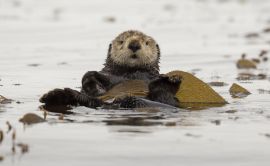 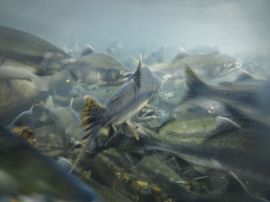 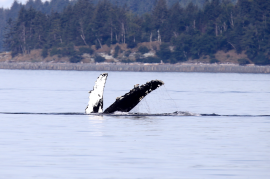 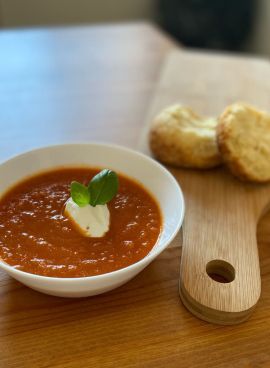 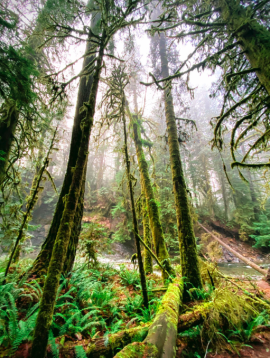 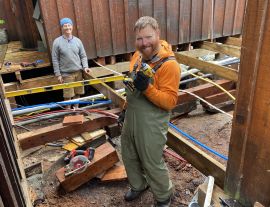 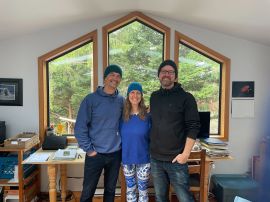 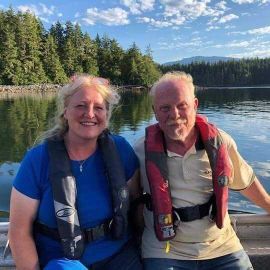 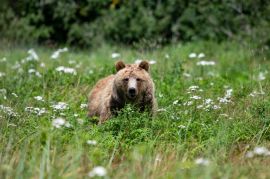 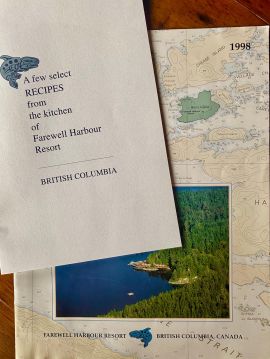 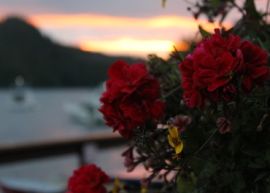 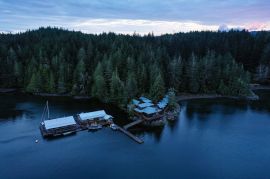 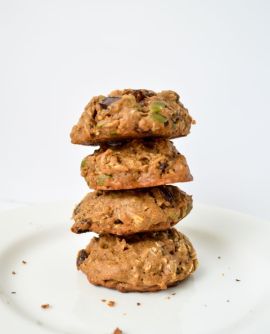 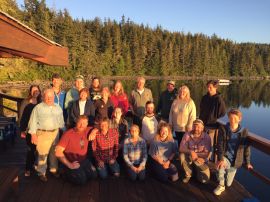 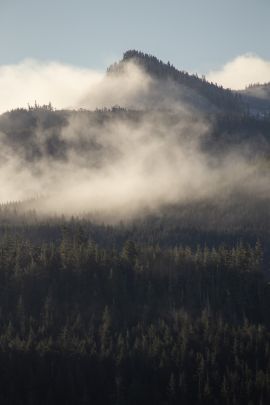 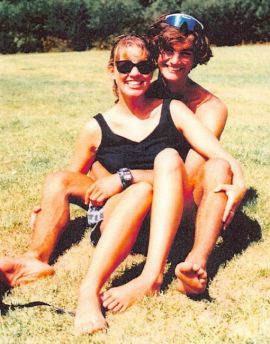 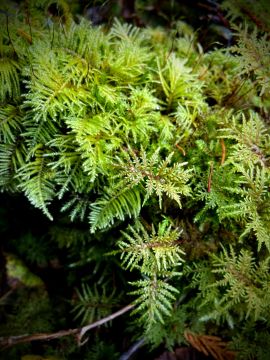 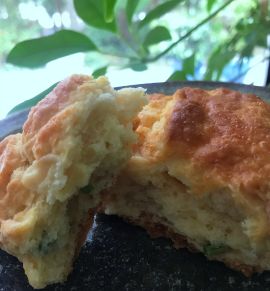 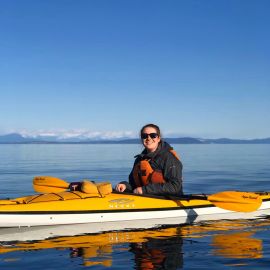 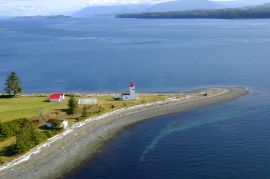 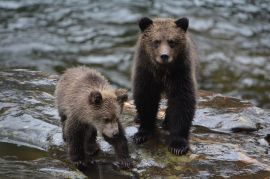 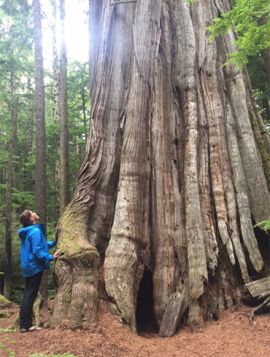